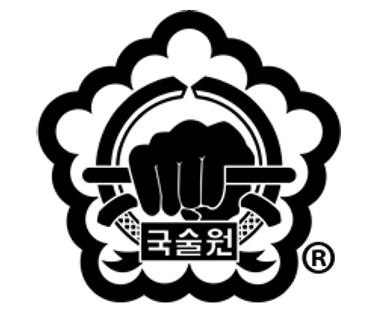 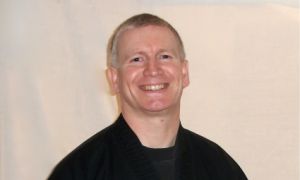 PKJN is a 5th Dahn Black Belt and Chief Instructor for the Kuk Sool WonTM of West Oxfordshire academy which he manages in joint partnership with his wife PSBN Dawn. PKJN Steve started his martial arts training after being inspired, like many, by Bruce Lee more the 30 years ago. He joined a local karate club in Suffolk which was part of the English Korean Karate Association, achieving 1st Dahn Black Belt in Taekwondo, which he studied for many years. Looking to develop his martial arts knowledge and moving away from the Suffolk area due to work commitments, Steve met and started training with his current instructor Master John Gravenell in Kuk Sool WonTM in the West Midlands. In 2000 after promotion to 1st Dahn Black Belt, a career move to Germany meant that he had the opportunity to set up his first Kuk Sool WonTM school on a British military establishment. This successful school achieved numerous medals in UK tournaments and under his tutelage students gained promotion to 1st Dahn Black Belt, one of which was his 12 year old son. Returning to the UK in 2005 opening his current school in Carterton. PKJN Steve has won numerous medals and titles in Kuk Sool WonTM including, gold and silver medals in the 2002 World Championships held in Korea and 2nd Degree Grand Champion titles in the UK and European Championships of 2004 and 2006 respectfully.

PKJN Steve tested over 3 years for his promotion, which meant training with his instructor Master John Gravenall in Birminigham as well as attending a number of workshops in Norwich and Liverpool lead by the Grandmaster's eldest son, 9th dahn black belt Master Sung Jin Suh.  PKJN Steve was proud to promote to 5th dahn Master at European Tournament, UEA Norwich 2nd June 2018 this beinig a very special year in which we are celebrating 60 years in Kuk Sool Won.  PKJN Steve has passed safeguarding course August 2020. 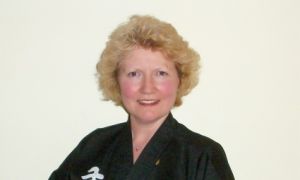 PSBN Dawn is a 3rd Dahn Black Belt instructor and is joint partner in Kuk Sool WonTM of West Oxfordshire with her husband PKJN Steve. Dawn started her Kuk Sool WonTM training with Master John Gravenall in the West Midlands, training alongside her husband and sons. Whilst in Germany Dawn assisted PKJN Steve in the set up and running of their first Kuk Sool WonTM school, concentrating on development of new junior students to enable achievement of their first grade. In 2002 Dawn attended the World Championships in Korea as part of the UK contingent. In 2009 Dawn entered her first tournament winning a silver medal in the European Championships. After taking time out from personal training to raise a family and due to some challenging health issues, Dawn persevered to overcome these and was very proud to promote to JKN level in 2010 and then on to KSN in 2014. PSBN Dawn teaches within the junior student classes and assists with adult newcomers into the school. For further development PSBN Dawn has attended seminars and workshops to aid her instructional betterment. PSBN Dawn is very proud to receive official notification from headquarters and promated December 2020.  PSBN Dawn has passed safeguarding course this August 2020. 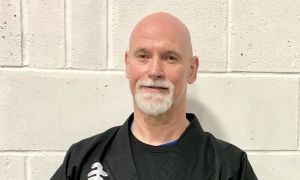 PSBN Tim is a 3rd Dahn Black Belt and has been involved with various forms of martial arts for 30 years. He started as a boxer reaching school boy and ABA GB semi-finals as a Junior and achieving Combined Services and International level as a senior. PSBN Tim is also a qualified boxing coach. While in the forces PSBN Tim trained in unarmed combat techniques and consolidated this with further training as a bodyguard. PSBN Tim started Kuk Sool WonTM 7 years ago after being introduced to it by his wife 2nd Dahn and son a 1st Dahn Black Belts. Striking and control techniques are areas of particular interest although he very much enjoys learning and trying to perfect the wide range of techniques and disciplines that constitute Kuk Sool WonTM. PSBN Tim participates in the UK and European Championships winning several medals and he greatly enjoys attending the WKSA seminars and workshops.  Master Steve was honoured to hold promotion cemrony at KSW West Oxon to promote Tim to PSBN and presented his certificate in August 2020. 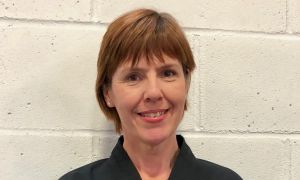 KSN Nina is a 2nd Dahn Black Belt and has been training with KSW West Oxon for over ten years.  KSN Nina was keen to join KSW when her son began his journey to black belt and now trains alongside her husband, PSBN Tim.  She particularly enjoys the wide range of  effective techniques used within KSW as well as weapons training and strives to improve on all aspects of KSW martial arts. KSN Nina has competed in UK and European Championships where she has directly competed against PSBN Tim and has won a couple of medals. KSN Nina enjoyed competing in both swimming and hockey command teams during her time with the Royal Navy and has always enjoyed a variety of sports, including training in self defence; integral to her forces training.  Master Steve was very proud to hold promtion cermony at KSW West Oxon to promote Nina to KSN and presente her certificate this August 2020.

KSN Richard is Back and were looking forward to working with you in Kuk Sool Won at West Oxon do-jang.

Delighted to have JKN Ben, JKN Jason and JKN Matt  joining us from June 2021 instructor training.

JKN Imogen has now joined us this June 2021 in Junior class. Looking forward to her progression becoming an instructor at KSW West Oxfordshire.

JKN Oscar and JKN Sophie have joined us in their progression on becoming an instructor from this June 2021.

Designed, hosted and secured by Triple Point IT